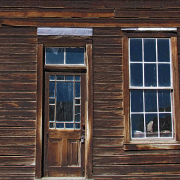 Go To Past Event
from Ancient and Honorable Order of E Clampus Vitus held on February 12, 2018

Sir Francis Drake’s 1579 Plate of Brasse was left at Point Reyes, claiming California for England. Its 1937 recovery became California’s greatest historical hoax. The Ancient and Honorable Order of E Clampus Vitus (ECV), whose members are commonly known as Clampers, is a spoof on all other fraternal organizations. It was revived in 1932 by professional and successful businessmen, prominent collectors of Californiana, published historians, fine press printers, bibliophiles and University of California academics, who threw off scholarly stuffiness to have fun.

From the Roman Empire, ECV spread throughout Europe, China and to the New World via the Spanish. It was brought to California by Chinese mariners. Not until the 21st century did the Clampers’ background with the Plate of Brasse become revealed. Robert Chandler, the speaker, will appear in full regalia and lead the presentation with PowerPoint.