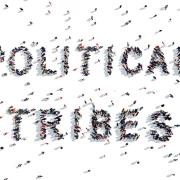 Go To Past Event
from Amy Chua: Political Tribes held on March 7, 2018

Amy Chua, best-selling author of Battle Hymn of the Tiger Mother, provides us with a cautionary critique of political tribalism in her characteristically sharp style.

Humans are tribal: We need to belong to groups. In this same way, politics can be tribal, too. While groups can strengthen communities, we should also be wary of groups' ability to divide us. According to Chua, America’s political landscape has been transformed by these types of divisions, both at home and abroad, and they threaten to tear our country apart.

Chua believes that tribalism emerged in America’s foreign policy during Vietnam and Iraq. Now, as the stunning rise of Donald Trump has proven, all groups feel threatened: whites and blacks, Latinos and Asians, men and women, liberals and conservatives. Chua argues that America must rediscover a national identity that transcends our political tribes; we need to unify to fight the deep inequities that divide us.