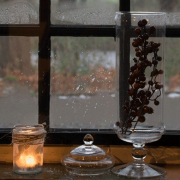 Go To Past Event
from Adam Hochschild's Lessons from a Dark Time held on December 5, 2018

Best-selling Bay Area author Adam Hochschild is back with a varied collection of essays on ideas and concerns that have spurred his career, with a particular focus on issues related to social justice and the people who have fought for it, the toll and aftereffects of colonialism, and the dangers of government surveillance. Hochschild was moved to collect and curate these essays (more than two dozen in all) by a sense that these issues matter more than ever in Trump’s America.

The pieces in his new volume range from a day on the campaign trail with Nelson Mandela to walking through construction sites with an ecologically pioneering architect near the southern tip of India. Many of the pieces evince a personal angle: visits to Finnish prisons, exploration of former gulag areas in Siberia, his own dealings with the CIA when talking about new revelations of the agency’s control of ostensibly independent organizations in the ’50s and ’60s.

As always, Hochschild’s journalistic skills, deep historical knowledge and activist leanings illuminate each essay. A longtime lecturer at the Graduate School of Journalism at UC Berkeley, Hochschild is the author of numerous books. His writings have appeared in The New Yorker, Harper’s Magazine, The Atlantic, The New York Times Magazine, The Nation and other publications.

Adam Hochschild
Journalist; Author, Lessons from a Dark Time and Other Essays; Lecturer, Graduate School of Journalism at UC Berkeley