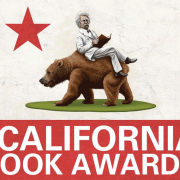 Go To Past Event
from 86th Annual California Book Awards held on June 12, 2017

Join us for one of the Golden State’s premier literary events—the California Book Awards, now in its 86th year! The 2017 book awards recognize the best California writing published in 2016.

The California Book Awards have often been in the vanguard, honoring previously unknown authors who go on to garner national acclaim. Since 1931, the California Book Awards have honored the exceptional literary merit of California writers and publishers. Each year, a select jury considers hundreds of books from around the state in search of the very best in literary achievement. This year’s award ceremony will include a special tribute to Kevin Starr, a giant of California letters who died this past January. Starr’s eight-volume history of the state, collectively known as Americans and the California Dream, lays out an epic story that is still unfolding today.

Come celebrate the state's best writers! Meet and learn more about the authors, get your books signed and visit with your fellow admirers of great California writing. Enjoy wine and a chance to win a complete set of this year's award-winning books in the Book Awards raffle. See you at the ceremony!