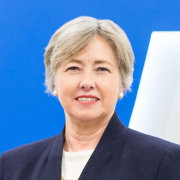 The 2020 Presidential Election: What LGBTQI Voters Should Know

Go To Past Event
from The 2020 Presidential Election: What LGBTQI Voters Should Know held on November 20, 2019

In recent years, LGBT candidates have made major strides in being elected to office across the country. At the same time, protections have been weakened against discrimination in health care coverage, employment, military service, and access to public and private services.

Former Houston Mayor Annise Parker—the first openly LGBT mayor of a major American city—will review the results of the recent November 2019 election and look ahead to the 2020 presidential election to highlight the issues of importance to LGBTQI Americans.

In addition to her duties as mayor, Parker was a member of President Obama’s Task Force on Climate Preparedness and Resilience, chaired the U.S. Conference of Mayors Criminal and Social Justice Committee, and served on the boards of the Texas Environmental Research Consortium and Houston Galveston Area Council. She is a past Fellow of the Institute of Politics at the Harvard Kennedy School of Government. She also co-owned Inklings, a lesbian/feminist bookstore for 10 years.