Katherine Corcoran: A Murder, a Coverup, and the True Cost of Silencing the Press

In 2012, Regina Martínez, a prominent journalist reporting on political corruption and abuse in Mexico, was found brutally murdered in her bathroom. This tragic act of violence sent a clear message: No journalist in Mexico was safe. Troubled by this news, Katherine Corcoran, then leading the Associated Press coverage of Mexico, traveled to Veracruz to uncover the truth about Martínez’s death.

Now Corcoran reveals what she learned during her investigation and recounts her own experiences battling cover-ups, narco-officials, red tape and even threats.

Hear more about this harrowing story as well as the ongoing dangers that journalists encounter everyday around the world.

Former Associated Press Bureau Chief for Mexico and Central America; Author, In the Mouth of the Wolf: A Murder, a Cover-Up, and the True Cost of Silencing the Press 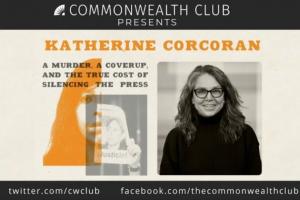 Katherine Corcoran: A Murder, A Coverup, and the True Cost of Silencing the Press