Note: This event features a program open to Club members and nonmembers alike, followed by a post-program discussion with the moderator for members only.

We are living through a transformative time in mental health research. There is overwhelming demand for new and safe ways of addressing various states of depression. Dr. Nolan Williams and Stanford University are leaders in cutting-edge research that is generating worldwide attention.

Attend this fascinating program to learn what is currently being done in research settings as well as the breakthrough technology that is in the process of being developed so it can be in every medical setting and available to people who need treatment and support.

At Stanford, Dr. William’s Brain Stimulation Lab developed a now-FDA-cleared, personalized, accelerated neuromodulation treatment known as Stanford Accelerated Intelligent Neuromodulation Therapy (SAINT). The innovative SAINT approach is having a very positive impact on the treatment of severe depression. In a double-blind, randomized controlled trial, high doses of magnetic brain stimulation, given on an accelerated timeline and individually targeted, brought rapid remission to 79 percent of trial participants with severe depression compared to people in the sham treatment arm, where 13 percent of the people entered remission.

The SAINT approach provides a novel form of rapid-acting, non-invasive, individually targeted neuromodulation that uses electromagnetic pulses to relieve symptoms of treatment-resistant depression. For the first time, advanced tools for processing MRI-based images of the brain are used to steer a specialized, high-dose pattern of magnetic pulses to induce neurons to fire. The stimulation modifies activity in brain networks related to depression, changing the brain’s circuitry to more effectively treat major depression.

SAINT has additionally been studied in open-label studies. Overall, the therapy has been shown to be effective in the treatment of major depressive disorder, with approximately 80–90 percent of patients achieving remission of depression symptoms following the five-day treatment protocol.

Dr. Williams has been interviewed extensively by the media and has appeared on programs such as "CBS News Sunday Morning with Jane Pauley," "The Today show" on NBC, and on NPR, discussing the benefits of SAINT for relieving symptoms of treatment-resistant depression.

To become a member, for as little as $10 a month and have full access to all of our programming and podcasts. Join here.

Dr. Williams is an assistant professor within the Department of Psychiatry and Behavioral Sciences and the director of the Stanford Brain Stimulation Lab. Dr. Williams has a broad background in clinical neuroscience and is triple board-certified in general neurology, general psychiatry, as well as behavioral neurology and neuropsychiatry. Themes of his work include examining the use of spaced learning theory in the application of neurostimulation techniques, development and mechanistic understanding of rapid-acting antidepressants, and identifying objective biomarkers that predict neuromodulation responses in treatment-resistant neuropsychiatric conditions.

He has published papers in high-impact peer-reviewed journals, including Brain, American Journal of Psychiatry, and the Proceedings of the National Academy of Sciences. Results from his studies have gained widespread attention in journals such as Science and New England Journal of Medicine Journal Watch as well as in the popular press, and have been featured in various news sources including Time, Smithsonian, and Newsweek. Dr. Williams received two NARSAD Young Investigator Awards in 2016 and 2018, along with the 2019 Gerald R. Klerman Award. Dr. Williams received the National Institute of Mental Health Biobehavioral Research Award for Innovative New Scientists in 2020.

The special reception with the program's speaker is available to members only. If you sign up for membership for this program, you can attend. 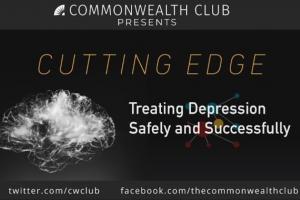