For Leslie Absher, secrecy is just another member of the family. Throughout childhood, her father's shadowy government job was ill-defined, her mother's mental health stayed off limits—even her queer identity remained hidden from her family and unacknowledged by Leslie herself.

In Spy Daughter, Queer Girl, Absher pursues the truth: of her family, her identity, and her father's role in Greece's CIA-backed junta. As a guide, Absher brings readers to the shade of plane trees in Greece, to queer discos in Boston, and to tense diner meals with her aging CIA father. As a memoirist, Absher renders a lifetime of hazy, shapeshifting truths in high-definition vibrance.

Infused with a journalist's tenacity and a daughter's open heart, this book recounts a decades' long process of discovery and the reason why the facts should matter to us all.

Leslie Absher is a journalist and personal essay writer. Her work has appeared in the Los Angeles Times, Huffington Post, Salon, Ms., Greek Reporter, and San Francisco magazine. Her father joined the CIA when she was a baby and shortly after her family moved to Athens, Greece. Just in time for a coup. She spent years trying to learn what her Cold War father's role was in that event. Her memoir Spy Daughter, Queer Girl is about growing up with a spy and the cost of keeping secrets.She received a master's in education from Harvard, taught G.E.D. to high school dropouts, and currently teaches study skills and writing to middle school and high school students. She lives in Oakland with her comic book writer/artist wife.www.leslieabsher.com 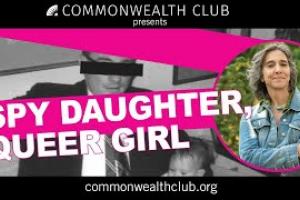