Decades of cuts to local government amidst rising concentrations of poverty have wreaked havoc on communities left behind by the modern economy. Some of these discarded places are rural. Others are big cities, small cities, or historic suburbs. Some vote blue, others red. Mostly, their governments are just broke. Stanford Law School Professor Michelle Wilde Anderson says that 40 years after the anti-tax revolution began protecting wealthy taxpayers and their cities, high-poverty cities and counties have run out of services to cut, properties to sell, bills to defer, and risky loans to take.

In The Fight to Save the Town, Anderson traveled to four blue-collar communities that are poor, broke, and progressing—Stockton, California; Josephine County, Oregon; Lawrence, Massachusetts; and Detroit, Michigan. She shares how networks of local leaders and residents are coming together to face this crisis head on and working toward innovative solutions to deal with pressing issues, including gun violence, housing and unemployment.

Hear more about the fight to save our communities at the local level and create wealth equity for all.

In Conversation with Pamela Karlan

Kenneth and Harle Montgomery Professor of Public Interest Law and a Founder and Co-director of the Supreme Court Litigation Clinic, Stanford Law School.

Online:
$5 members
$10 nonmembers
$30 members or nonmembers with a book 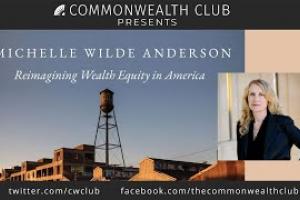