Josh Chin and Liza Lin: China and the Era of Digital Surveillance

An alarming new reality is emerging in China, where a new kind of political control is being waged through the optimization of technology. Journalists Josh Chin and Liza Lin describe the journey through the new world China is building within its borders, and beyond. They reveal a future that is already underway―a new society engineered around the power of data and digital surveillance.

Hear more about what could be at stake for the rest of the world.

In association with the Asia Pacific Affairs member-led forum.

In Conversation with Jiayang Fan 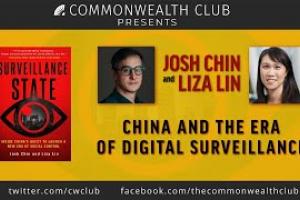 Josh Chin and Liza Lin: China and the Era of Digital Surveillance