Linda Yvette Chávez is a self-proclaimed “wholesome chola next door making chilaquiles out of chaos” and moreover, a Xicana woman making history.

In the world of entertainment, she is an unrivaled powerhouse who is the co-creator, co-showrunner and executive producer of Netflix’s hit series "Gentefied" (now in its second season).

Through her creative ventures, Chávez has made it her mission to tell authentic Latinx stories and increase representation, not just in actors but through narratives and settings. The bold success of these efforts has won her critical acclaim and praise from audiences and writer’s rooms alike.

Named by Glamour magazine as “one of the top Latinas changing the game of representation in television,” Chávez will share her personal journey about breaking the bias and how she is inspiring future generations.

This program is generously supported by the Applied Materials Foundation’s Generation Girl® initiative, inspiring girls to pursue their dreams.

Producer and Host, "The Michelle Meow Show" on KBCW TV and Podcast; Member, Commonwealth Club Board of Governors 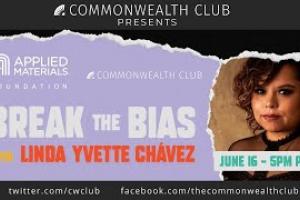