In his new book Say It Loud, acclaimed Harvard Law Professor Randall Kennedy chronicles his reactions over the past quarter-century to arguments, events and people that have compelled him to put pen to paper.

Three beliefs that are sometimes in tension with one another infuse these pages. First, Professor Kennedy says a massive amount of cruel racial injustice continues to beset the United States, an ugly reality that Kennedy says has become alarmingly obvious with the ascendancy of Donald J. Trump and the various political, cultural and social pathologies that he and many of his followers display and reinforce. Second, Kennedy observes there is much about which to be inspired when surveying the African American journey from slavery to freedom to engagement in practically every aspect of life in the United States. Third, he says an openness to complexity, paradox and irony should attend any serious investigation of human affairs.

Join a compelling conversation with this acclaimed legal scholar and public intellectual about what the past 25 years tell us about the future of race relations in America.

Copies of Say It Loud are available for purchase at check-out (for shipment to U.S. domestic addresses only).

In Conversation with Sheryl Davis 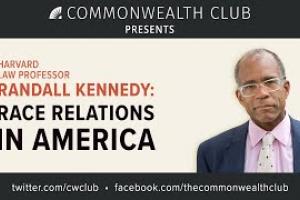