At a press conference following the conviction of wealthy socialite Ed Buck last month, journalist and political strategist Jasmyne Cannick said, "Ed Buck is going to pay for the crimes he committed, not just to their loved ones but to an entire community of Black men here."

Buck was once well regarded in the West Hollywood LGBTQ community and a prominent Democratic Party fundraiser. But his conviction on nine charges, including involvement in the deaths of Gemmel Moore and Timothy Dean, maintaining a drug den, distributing methamphetamines and solicitation of prostitutes, ended that. It's a sordid story that might never have come to light—or to court—without the persistence of journalists such as Cannick to bring justice to the victims.

Join us for an exclusive talk with Cannick.

Jasmyne Cannick founded Justice for Gemmel and All of Ed Buck’s Victims to extend her advocacy for the survivors and victims of Ed Buck beyond her journalism, leveraging both her political acumen and her community relationships.

She is the co-founder of My Hood Votes along with Compton rapper Eric “Eazy-E” Wright’s son Lil E, a voter registration initiative focused on Los Angeles County’s roughest neighborhoods. Cannick is a proud co-founder of the National Black Justice Coalition, the nation’s largest and oldest Black lesbian, gay, bisexual, and transgender civil rights organization. She is a former co-chair of the National Stonewall Democrats Black Caucus. She currently sits on the board of the Los Angeles African American Women’s Political Action Committee and the Black Alliance for Justice Immigration (BAJI) Political Action Committee. In 2020, she won a seat on the Los Angeles County Democratic Party's County Central Committee, representing the 53rd Assembly District. 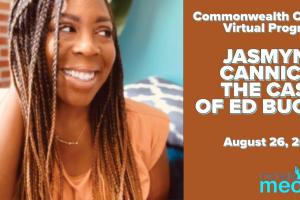