Hollywood and the Mainstreaming of Anti-Asian Racism

Amid an outcry over anti-Asian violence and harassment, filmmaker and writer Bee Vang turns the spotlight in Hollywood and its role in promulgating anti-Asian ideas.

The son of immigrants, Hmong-American actor and activist Vang starred as Thao Vang Lor in Clint Eastwood's 2008 film Gran Torino and has appeared in "Modern Family" and Comisery. He has performed in independent films and on stage at Brown University, where he received a 2016 liberal arts degree in international politics, media and cultural studies. Vang worked at MSNBC with "The Rachel Maddow Show," at The Economist and at a research institute at Columbia University. After several years working as a print journalist, nonfiction writer and policy researcher, he recently moved to Los Angeles to devote himself to acting, filmmaking and other creative pursuits. 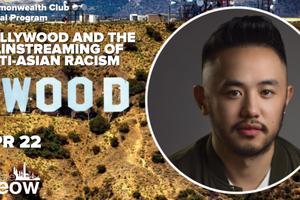 Hollywood and the Mainstreaming of Anti-Asian Racism