Michael Pritchard: There’s No “I” in Team

San Francisco-based Michael Pritchard travels America teaching the art of learning through laughter and play. He has done voices for many characters on television and in movies and cartoons. A first-prize winner in comedy and counseling, Michael will use humor and humanitarian observations from his decades of working in the education and justice fields to talk (and laugh) about building compassion and community.

Michael Pritchard began his career on both the comedy stage and as a juvenile counselor in San Francisco’s Youth Guidance Center. In 1980, Michael Pritchard won first place in the San Francisco International Stand-Up Comedy Competition as well as winning the prestigious California Probation Officer of the Year. Drawing from his counseling background, Michael Pritchard began using humor to inspire, teach communication skills, anger management, diversity, conflict resolution and overcoming burnout and stress. In recognition for his award winning work in social emotional education and promoting nonviolence with youth, Michael Pritchard was awarded an Honorary Doctorate in Humane Letters from Hartwick University.

Carol Fleming
Principal, The Sound of Your Voice—Moderator
Format 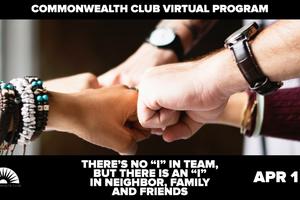 Michael Pritchard: There’s No “I” in Team