Join us for a discussion of women in politics, paths to success, making a difference, and how female leaders are shaping the future.

Malia M. Cohen serves as a member of the California State Board of Equalization (BOE), California’s elected tax commission. She was elected to the BOE in November 2018, served as Chair in 2019, and is the first African-American woman to serve on the Board. As the BOE Board Member for District 2, she represents 10 million constituents living in all or parts of 23 counties extending from Del Norte County in the north to Santa Barbara County in the south. In January 2019, her BOE Board Member colleagues unanimously selected her to serve as Chair of the Board. A strong advocate for social justice and inclusion, Board Member Cohen pledges to ensure that the views of all who come before the Board of Equalization are considered carefully, with respect, civility, and courtesy. She further commits to collaborate with her colleagues to guarantee that all the actions of the BOE are open, transparent, and above reproach. Prior to being elected to the Board of Equalization, Board Member Cohen served as President of the Board of Supervisors of the City and County of San Francisco. She was first elected to the Board of Supervisors in 2010 and re-elected in 2014. As a Member of the San Francisco Board of Supervisors, she served as the Chair of the Budget and Finance Committee. As Finance Chair, she oversaw the adoption of an $11 billion budget, and measures concerning bond issues, taxes, fees, and redevelopment and real estate matters. She also served as a fiduciary member of the San Francisco Transportation Authority, which manages the proceeds of a half-cent sales tax that generates $100 million annually for transportation investments in the County. Previously, she served as a Commissioner of the San Francisco Employee Retirement System (SFERS), which manages a $23 billion pension fund. As President of SFERS, she led efforts to divest from fossil fuels and thermal coal investments and moved $100 million into a fossil fuel-free index fund. Throughout her life, Cohen has fought for diversity and inclusion. She has championed policies and programs that protect public health, foster economic development, promote new affordable housing, and that create good jobs through protecting and expanding our manufacturing base. Cohen was born and raised in San Francisco. She is an Emerge California alumna. She earned a Bachelor of Arts degree in Political Science from Fisk University, a historically Black university in Nashville, Tennessee, and a Masters in Science in Public Policy & Management from Carnegie Mellon University in Pittsburgh, Pennsylvania.

Fiona Ma, CPA, is California’s 34th state treasurer. She was elected on November 6, 2018 with more votes (7,825,587) than any other candidate for treasurer in the state's history. She is the first woman of color and the first female Certified Public Accountant (CPA) elected to the position. Ma was a member of the State Assembly from 2006–2012, serving as speaker pro tempore from 2010–2012. Prior to serving as speaker pro tempore, she was Assembly majority whip and built coalitions during a state budget crisis to pass groundbreaking legislation that protected public education and the environment while also expanding access to health care. She chaired the Assembly Select Committee on Domestic Violence and spearheaded legislation that strengthened laws protecting victims of domestic violence, consumers and working families; prevented the spread of Hepatitis B; increased access to quality health care; and provided equal rights for all Californians. From 2002–2006, she served on the San Francisco Board of Supervisors and championed a campaign to end human trafficking in massage parlors and to close prostitution rings. Ma first became involved in public service in 1994 when she was elected president of the Asian Business Association, where she began advocating at San Francisco City Hall and the State capitol on behalf of minority business owners. Her work resulted in her election in 1995 as a delegate to the White House Conference on Small Business, where she advocated for socially responsible contracting for minorities and women in San Francisco. In 1995, she was appointed to the Assessment Appeals Board of San Francisco by the San Francisco Board of Supervisors. She was an elected member of the California Board of Equalization from 2015 until January 2019.

Stefanie G. Roumeliotes, a native to the San Francisco Bay Area, has parlayed her passions for supporting political candidates and causes, and enhancing the welfare of others, into a highly productive career as a seasoned strategist and fundraiser in the political and non-profit arenas. Recognized nationally as a leader in her field, Stefanie has established an admirable reputation for handling each enterprise she manages with expertise and success. In 2004, Stefanie founded SGR Consulting, of which she is CEO. SGR Consulting, a San Francisco-based company, continues to play a significant role in the success of national, state-wide and local political campaigns and non-profit organizations. Over the last sixteen years, SGR Consulting has raised over $100 million dollars with its various clients. Stefanie is an influential facilitator in the Bay Area who continues to play a major role as a connector in identifying new growth opportunities, maximizing the investor pool, and building successful partnerships for all of her clients. Stefanie’s deep relationships in the region have enabled SGR Consulting to build strong connections between the private sector and stakeholders across California.

Stefanie served as the Northwestern Finance Director for Hillary Clinton’s 2008 campaign for president of the United States, where she led a record-breaking fundraising effort for the region. This catapulted Stefanie’s strategic development career in San Francisco and the Bay Area. She has served as the strategic development and finance consultant for several national organizations and electeds. Her portfolio includes, but is not limited to, Democratic Data Exchange (DDx), Democratic Senatorial Campaign Committee (DSCC), Democratic Governor’s Association (DGA), United Nations Foundation, William Jefferson Clinton Foundation, the Foundation for AIDS Research (amfAR), FWD.us, Futures Without Violence, California Democratic Party, United States Senator Dianne Feinstein, Governor Gavin Newsom, Lieutenant Governor Eleni Kounalakis, late Mayor Ed Lee of San Francisco and current Mayor London Breed of San Francisco. Over the last decade, SGR Consulting has played an integral role in the success of many civic and state-wide bonds and initiatives that have unlocked millions of dollars in government funding that has benefited the community at large.

Outside of her work, Stefanie has led lectures at training seminars for EMERGE America and often participates in stakeholder convenings as an expert in her field. Her lifelong love of and attachment to San Francisco has manifested itself in philanthropic involvement and employment of her professional acumen for the benefit of civic and charitable institutions. Stefanie currently serves as a Board member of Children of Shelters, a San Francisco based non-profit organization working to provide support and education for children living in or being served by the homeless shelter system. Appointed to the Golden Gate Park Concourse Authority in 2010 by then-Mayor Gavin Newsom, Stefanie previously served as a San Francisco Commissioner for the City and County of San Francisco. Stefanie now serves as Chair of the San Francisco-Thessaloniki Sister City Association, appointed by late San Francisco Mayor Edwin Lee in 2017. The San Francisco city organization is comprised of a group of private citizens who pursue sister city activities important to them including municipal, business, trade, educational and cultural exchanges.

Member, California State Board of Equalization; Former Member, San Francisco Board of Supervisors 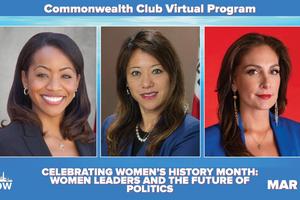