Anti-Asian crimes have spiked since the pandemic started, with more than 3,000 incidents occurring all across the country. What is behind this increase in hate crimes, what is being done about it, and what still needs to be done to stop it?

Join us for a discussion with three Asian American leaders about addressing anti-Asian violence in America.

Nikki Fortunato Bas is president of the Oakland City Council and represents District 2, one of the most diverse districts in the city. Since taking office in 2019, she led the passage of the strongest COVID-19 eviction moratorium in the state of California and a COVID-19 grocery worker hazard pay $5 wage bonus covering 2,000 workers in Oakland’s largest grocery stores. She authored fair chance housing protections for people who were formerly incarcerated, created a fund for community land trusts to prevent displacement and create permanently affordable, community-owned housing, introduced a progressive corporate tax that will be on the ballot in 2022, and is now leading a task force to reimagine public safety in Oakland with the goal of redirecting $150 million of the police budget toward programs and services that address the root causes of violence. She also serves on the National League of Cities’ inaugural Reimagining Public Safety Task Force. For two decades prior to being elected in 2018, Nikki pushed for worker, environmental, gender and racial justice. She organized immigrant garment workers to win their wages back in Oakland Chinatown, and she worked in coalitions to raise Oakland's minimum wage with paid sick leave and create living wage jobs on the Oakland Army Base and reduce diesel truck pollution at the Port of Oakland.

Michelle Kim is a queer immigrant Korean American woman writer, speaker and entrepreneur challenging the status quo in tech and beyond. She is the CEO of Awaken, a leading provider of interactive equity and inclusion education programs facilitated by majority BIPOC educators, where she has consulted hundreds of organizations and top executives from Fortune 500, tech giants, nonprofits and government agencies to spark change. Michelle has been a lifelong social justice activist and has served on a variety of organizations, such as the San Francisco LGBTQ Speakers Bureau, San Francisco Human Rights Commission’s Advisory Committee, LYRIC nonprofit’s board of directors, and Build Tech We Trust Coalition. Her work has appeared on platforms such as Harvard Business Review, Forbes, The New York Times, and NPR, and she has been named Medium’s Top Writer in Diversity three years in a row. Kim is the author of the upcoming book, The Wake Up: Closing the Gap Between Good Intentions and Real Change (Hachette, Fall 2021).

The Michelle Meow Show thanks Kaiser Permanente for its support of independent LGBTQ media producers. 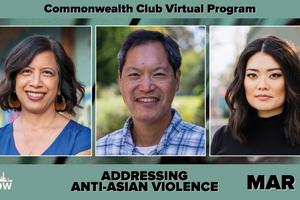