To many observers, QAnon is, for lack of a better word, dangerous. They say it is dangerous to our political life, because it spreads disinformation which makes it more difficult for citizens to make informed decisions about who to vote for and what policies to support; it is also dangerous to the mental health of people who buy into the conspiracy theories, because it creates a cult-like environment, one in which people stop thinking for themselves and instead hero-worship President Donald Trump; finally, it is dangerous to the physical welfare of non-QAnon followers, because members of QAnon have been linked to violence.

Matthew Rozsa is a staff writer at Salon, where he has covered everything from politics and economics to science and culture. Prior to his career at Salon, Mr. Rozsa worked for a number of media outlets, including Mic, Quartz, The Daily Dot, The Good Men Project and MSNBC. He graduated from Bard College with a B.A. in history and from Rutgers University-Newark with an M.A. in history. He is currently studying for a Ph.D. in history at Lehigh University in Pennsylvania.

This is an online-only program; pre-register to receive a link to the program. 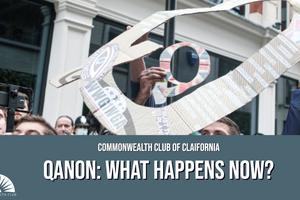