"Take Out Girl": The Cost of Survival

Join us for a conversation with the director and the stars of the new indie drama Take Out Girl.

Writer, director, actor, cinematographer and creator Hisonni Mustafa Johnson is a rising star in the film world, garnering accolades and nominations for his television pilots (Fight Night Legacy, Olympia and Grayson: Earth One). Hedy Wong is an actress and writer known for Laff Mobb's Laff Tracks, Chinatown Squad, and the new Take Out Girl. And Alex Pham—better known by his stage name $tupid Young—is a Cambodian-American rapper, lyricist, entrepreneur and actor, who portrays an LAPD officer in Take Out Girl. His YouTube channel has garnered 34 million views; he also runs his own label, Afficials, which he founded in 2017.

Johnson, Wong and Young will join us to discuss Asian-American experiences, diaspora, race relations, violence, and poverty. They will be in conversation with "Michelle Meow Show" co-hosts Michelle Meow and John Zipperer. 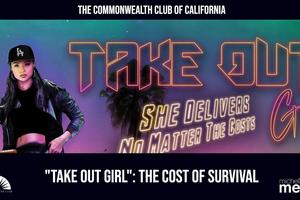 "Take Out Girl": The Cost of Survival