David Kennedy is one of America’s preeminent historians, having been awarded both the Pulitzer and Bancroft Prizes, among others. His scholarship is notable for its integration of economic and cultural analysis with social and political history, and for its attention to the concept of the American national character.

Professor Kennedy is the inaugural speaker in the Club’s new series, The Future of Democracy. This series will explore challenges and threats to democracy in the United States, drawing on historical evidence and relating it to the current political and social landscape. Come for an engaging discussion of America’s past and current leaders and what they may portend for the direction of the country. 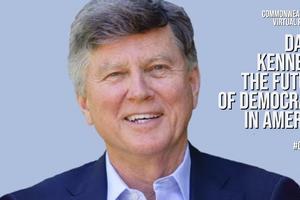