The Myth of Chinese Capitalism

As discussed in his new book The Myth of Chinese Capitalism, Dexter "Tiff" Roberts will describe how surging income inequality, an unfair social welfare system, and rising social tensions block China’s continued economic rise, with implications for companies and countries around the world. He will discuss how China is struggling to leave behind its "Factory to the World" growth model, and include its hundreds of millions of left-behind migrant workers into a more innovative, consumption-driven economy. The conversation will also focus on how these internal challenges could well further complicate the already troubled relationship between China, the United States, and the world.

Dexter Roberts is an award-winning writer and speaker who previously spent more than two decades as China bureau chief and Asia news editor of Bloomberg Businessweek, reporting from all of China’s provinces and regions, as well as Taiwan, Mongolia and North Korea. He now serves as an adjunct instructor in political science and a Mansfield Fellow at the University of Montana and as a nonresident senior fellow in the Atlantic Council’s Asia Security Initiative. He has launched a China newsletter called "Trade War"; his book The Myth of Chinese Capitalism: the Worker, the Factory and the Future of the World was published in March 2020.

Mei Fong is an award-winning communicator and writer. As a Wall Street Journal China correspondent, she won multiple awards, including a shared Pulitzer Prize for international reporting. Her first book, on China’s one-child policy, was critically acclaimed and winner of a non-fiction award by the American Society of Journalists and Authors. Her efforts led to her being named a Top 50 influencer on U.S.-China relations by Foreign Policy magazine. She has appeared on CNN, CBS and ABC, and her writings have been published in The New York Times, the Los Angeles Times and The Guardian. She is a graduate from the National University of Singapore and holds a master’s degree in international affairs from Columbia University.

This is an online-only program; pre-register to receive a link to the live-stream event

Director of Communications and Strategy, The Center for Public Integrity 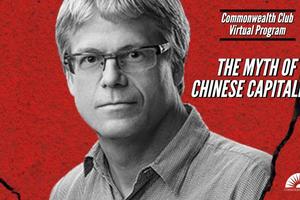 The Myth of Chinese Capitalism