The Future of the Peace Corps

What is the role of the Peace Corps? Where is the Peace Corps going in the future? What are some of the changes envisaged? How does the National Peace Corps Association connect and work with Peace Corps? Join us for an in-depth conversation with two leaders of this unique movement.

Peace Corps Director Jody K. Olsen was sworn into office as the 20th director of the Peace Corps in March 2018. Olsen began her career as a Peace Corps volunteer, serving in Tunisia 1966–1968. She has since served the agency in numerous leadership positions. Prior to returning to the Peace Corps in 2018, Olsen was a visiting professor at the University of Maryland-Baltimore School of Social Work and director of the University's Center for Global Education Initiatives. Throughout her career, Olsen has championed the expansion of service, learning and international opportunities for Americans of all backgrounds.

Glenn Blumhorst is president and CEO of National Peace Corps Association (NPCA), a 501(c)(3) enterprise at the center of a community of more than 180 grassroots affiliate groups and 235,000 individuals who share the Peace Corps experience. Founded in 1979 and headquartered in Washington, D.C., NPCA’s mission is “to champion lifelong commitment to Peace Corps ideals.” Blumhorst launched his career by serving as a Peace Corps volunteer in Guatemala from 1988 to 1991. He holds a Master of Public Administration and a Bachelor of Science in agriculture, both from the University of Missouri-Columbia.

Main image: Detail from 1972 postage stamp by the Bureau of Engraving and Printing. Bradbury Thompson adapted the winning poster design by David Battle 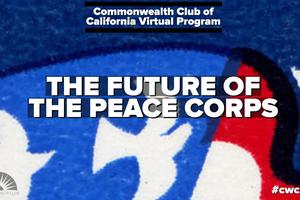 The Future of the Peace Corps