Since his election to the U.S. Senate in 2006, Ohio’s Sherrod Brown has enjoyed broad support across the political spectrum as a populist advocate for blue-collar workers, unions and the middle class.

When Brown arrived on the Senate floor, he learned that his desk came with a proud history. In Desk 88: Eight Progressive Senators Who Changed America, he tells the story of the senators who sat in the same space before him. They range from Hugo Black, who helped to lift millions of American workers out of poverty, to Robert F. Kennedy, who became an advocate for the poor after an eye-opening trip to the Mississippi Delta.

Brown uses these stories to highlight the triumphs and failures of progressivism over the past century. By defying his state’s rightward turn while promoting the strength of labor unions and the working class, Brown also serves as a model for how progressive Democrats can win tough races throughout middle America.

Copies of Desk 88 are available for purchase at checkout (U.S. domestic shipping only)

Senior Editor for the Politics and Government Desk, KQED 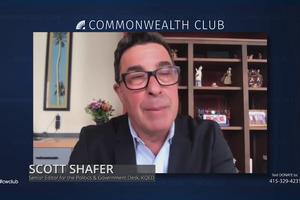