Now, President Trump’s poor approval ratings have led to a 4-year conversation on how to defeat him in November. In his new book You’re Fired, popular political strategist Paul Begala has a reply to this pressing issue for Democrats. Begala picks apart Trump’s politics and outlines how liberals and progressives can unseat the president come November.

Begala argues that distraction is President Trump’s superpower. For Democrats to win, Begala says they must make their case to America that President Trump has failed them while also implementing a strong strategy of progressive politics and party unity.

Tune in for our conversation with Paul Begala that is sure to be filled with wit and political wisdom.

This will be online-only; pre-register for a link to the program

In Conversation with Brian Watt 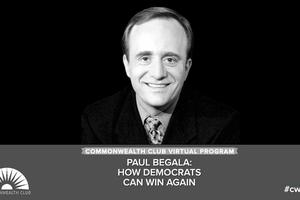