The active presence of federal troops in Portland, Oregon sparked an increase in violence and protests just as the mayor said things had been calming down. Now President Donald Trump is promising to send troops to other large cities, ostensibly to put down the violence but critics say it is an election ploy designed to trigger reaction from protestors and increase support from the president's base.

Join us for a conversation with journalist Robert Evans for an on-the-scene report from Portland on the ongoing confrontations in that city—and their implications nationwide.

Robert Evans has worked as a conflict journalist in Iraq and Ukraine and reported extensively on far-right extremist groups in the United States. He's particularly interested in the ways terrorist groups recruit, radicalize and communicate through the Internet. 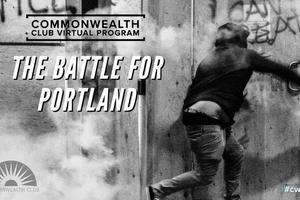