Join us for a virtual conversation with Fergus Bordewich, whose new account of the Civil War does not focus on President Lincoln's role, but instead shows how four Republican congressional leaders often led the way, pushing Lincoln to do more and even defying him at times.

Thaddeus Stevens, Pitt Fessenden, Ben Wade, and the pro-slavery Clement Vallandigham, all members of the newly empowered Republican party, passed the drastic measures to defeat the Confederacy, planned Reconstruction, created the forerunner of the IRS, laid the foundation for the Federal Reserve system, passed the Pacific Railway Act to link the heartland with California, created the Land Grant Colleges Act—which laid the groundwork for public state university systems nationwide—demanded emancipation of the slaves before Lincoln was ready to consider it, and in the process laid the foundation for a strong central government.

Brimming with drama and outsized characters, Congress at War is a timely reconsideration of the conflicts of power between the White House and Congress that will change the way we understand both the Civil War and our own future. 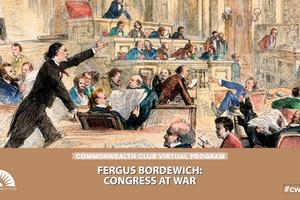