As Americans continue to grieve, protest and cry out over the death of George Floyd and the recent deaths of Breonna Taylor and Ahmaud Arbery, many wonder if this will be the tipping point for permanent change to the American justice system. And if not, what does the future hold for civil rights and American democracy?

As leader of the National Urban League, the nation’s largest historic civil rights and urban advocacy organization, Marc Morial is a leading voice in the battle for jobs, education, housing and voting rights equity. He previously served as the highly successful mayor of New Orleans as well as the president of the U.S. Conference of Mayors.

On November 8, 2016, Michael Tubbs was elected to serve as the mayor of the city of Stockton, California. Upon taking office in January 2017, Mr. Tubbs became both Stockton’s youngest mayor and the city’s first African-American mayor. Michael Tubbs is also the youngest mayor in the history of the country representing a city with a population of more than 100,000 residents.

Join an important intergenerational conversation about the next steps Americans can and must take.

This program will be online-only; pre-register for a link to the live-stream program

This is a free program

In Conversation with Judge LaDoris Cordell 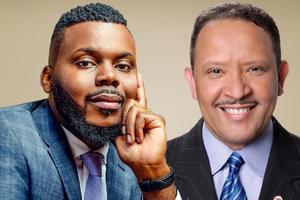