Edward Frenkel: What's Math Got To Do With It?

Join us virtually for a conversation with the engagingly clear Berkeley mathematics professor Edward Frenkel—a member of the American Academy of Arts and Sciences, a fellow of the American Mathematical Society, the winner of the Hermann Weyl Prize in mathematical physics, and the author of Love & Math, an international bestseller that has been published in 19 languages.

As a starting point for this conversation, we will take Pythagoras’s famous maxim “all is number.” Frenkel appears well-qualified to offer his opinion on this philosophical, perhaps even mystical, statement: he is one of the world leaders in the groundbreaking Langlands Program, considered by many as a kind of Grand Unified Theory of math and quantum physics. His work, Frenkel says, can help us find order in apparent chaos and point to something rich and mysterious lurking beneath the surface, glimpses of hidden structures underlying the Universe. Yet, Frenkel also sees limits to math’s ability to explain our lives. There are, of course, those who think math has no limits, that if only we knew all the right equations and algorithms, we could replicate life, or merge into an undying singularity. Frenkel disagrees with that, and moreover says that math itself can prove that it has inherent limitations.

Join us as we ponder the big question: “What’s math got to do with it?” 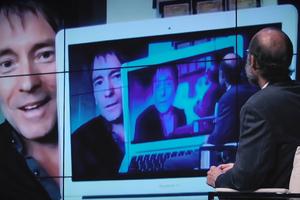 Edward Frenkel: What's Math Got To Do With It?