Flourishing in a New Normal

A "blinding flash of the obvious" will be striking The Commonwealth Club. And why do we need it now, so badly? Because, the “new normal” has imprinted itself, on the world, and most people do not know how to adapt successfully.

Steven Campbell says that success comes from how we think! He will present an eye-opening look at the latest research on how our brains conform to the messages we give them. When we optimize those messages, he says, our brains will literally rewire themselves, again, to create new, positive ways, of dealing with the challenges we are facing. It's not magic . . . it's science! His key take-aways: First, a practical knowledge of cutting-edge brain research on meeting the challenges of the "new normal," and, second, an understanding of the relationship between your brain and your emotions and how to train them both to your advantage.

Campbell acquired his Masters degree—when he was 55—to pursue his greatest love, teaching. He then became a professor, author, and professional speaker. He holds workshops around the world on cognitive psychology. He also hosts a two-hour weekly radio program on Wednesday mornings—named after his successful book Making Your Mind Magnificent—on KOWS 92.5 FM. 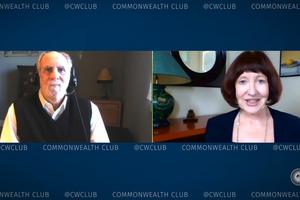 FLOURISHING IN A NEW NORMAL