Join us virtually for a conversation about the pervasive impact Enlightenment ideas had on early American culture and how that changed the ways Americans pursued happiness in their New World. Caroline Winterer specializes in early American reactions to scientific ideas and Enlightenment attitudes, which raised new questions about plants, animals and rocks but also about politics and religion. It is hard to overestimate the influence of Americans' newly conceived relationship between the present and the past as it spurred far-flung conversations about a better future for all of humanity. 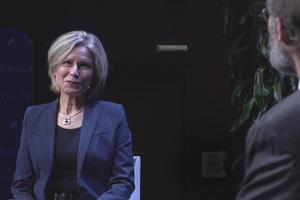