Determined to Be Dad: A Journey of Faith, Resilience and Love

Steve Disselhorst's life has been consumed with the quest to create a family. As a Catholic boy raised in the Midwest, he grew up thinking he was straight and would marry a woman and have children. When he was confronted with his attraction to men and the eventual realization that he was gay, he gave up that dream of having a family.

But the dream wouldn't die. Eventually he resumed his quest for a family and started the arduous journey toward partenthood.

Steve Disselhorst is an expert in personal and professional leadership development and consulting for diversity, equity and inclusion. Come hear his story about his determination to become a father.

Founder and Principal, Steve Disselhorst LLC; Author, Determined to Be Dad: A Journey of Faith, Resilience and Love; Twitter @stevedisselhors 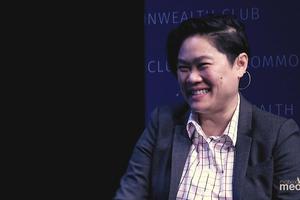 Determined to Be Dad: A Journey of Faith, Resilience and Love