Ezra Klein doesn’t believe America’s political system is broken. He argues that the truth is scarier: It’s working exactly as designed. Over the past 50 years, our partisan identities have merged with our racial, religious, geographic, ideological and cultural identities. According to Klein, this merging has created a toxic system that is tearing at the bonds that hold this country together.

In his new book, Why We’re Polarized, Klein shows how and why American politics polarized around identity in the 20th century and what that polarization did to the way we see the world and each other. The book provides a clear framework for understanding everything from Trump’s rise to the Democratic Party’s leftward shift to the politicization of everyday culture.

Join us for a conversation around how American politics became a gridlocked system, why we participate in it and what it means for our future. 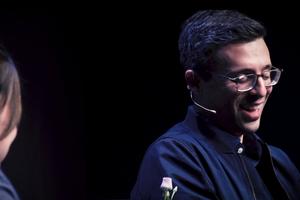