Three-time NBA champion and two-time MVP Stephen Curry and entrepreneur, host and best-selling author Ayesha Curry want to make sure that everyone has a chance to succeed. That's the mission of their new Eat. Learn. Play. Foundation, which focuses on youth in underserved communities and works to ensure every child has access to nutritious food, a quality education, and a healthy and active lifestyle.

The Currys join us for a unique Equality Series program, in which they discuss their work, their lives, and their efforts to improve the lives of children in the Bay Area and beyond.

Ayesha Curry is a renowned restaurateur, chef, New York Times best-selling author, television host and producer. She has been on Forbes' 30 Under 30 List, one of the faces of Covergirl cosmetics, a frequent guest on "The Rachael Ray Show" and "Good Morning America," a columnist for Woman’s Day magazine, and a popular lifestyle expert in the media. This fall, Curry teamed up with Ellen DeGeneres for a new Ellentube digital series, "Fempire," in which she uses her wisdom and business savvy to help female entrepreneurs of any age achieve the goal of building their own “fempire.”

Stephen Curry’s on and off court legacy is marked by transformation and innovation. His nine-year career in the NBA with the Golden State Warriors is marked by many firsts. He was the first person to be named Most Valuable Player by unanimous vote in NBA history and one of a select few to win MVP awards two years in a row. He holds five NBA all-star selections and three NBA championships. Off the court, he is an emerging figure in the tech space with direct investments in companies such as Pinterest and TSM, an eSports organization. He is also the founder of the film and television company Unanimous Media, specializing in faith, family and sports content in tandem with Sony Studios.

This is the second program in The Commonwealth Club Equality Series, made possible by the support of Salesforce

Producer and Host, "The Michelle Meow Show" on Radio and KBCW/KPIX TV; Member, Commonwealth Club Board of Governors—Moderator 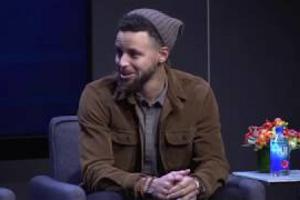