Much has been written about the groundbreaking number of women who were elected into Congress in the last election. What many people may not know, however, is that women in San Francisco and the Bay Area play a pivotal role in creating a narrative at the national level—influencing who runs, where money should go, and, ultimately, who gets elected. Meet the Bay Area’s ultimate power players: the Queenmakers.

In association with San Francisco magazine

Founder, She the People (the National Network Elevating the Political Voice and Power of Women of Color)

CEO and Chair, How Women Lead 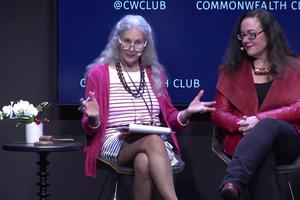