Scott Adams has drawn nearly 9,000 cartoons since starting "Dilbert" 30 years ago. His cynical take on white-collar office workspaces propelled him to widespread success and acclaim, while his ongoing commentary on politics and President Trump have kept him in national news.

In his newest book, Loserthink: How Untrained Brains Are Ruining America, Adams explores the epidemic of mental shortcuts that make us prone to believing in bad ideas. Adams explores how loserthink makes people stereotype all Trump supporters as racists, believe that gun control is equal to full confiscation and avoid personal reflection during a relationship’s end.

Through Loserthink, Adams provides the tools for spotting, avoiding and fighting against loserthink. In doing so, Adams argues that logic and rationality, not emotion, is the most important part of any argument, political or not.

Join us for a conversation with Scott Adams as he urges us to think deeper and more critically, breaking free from loserthink. 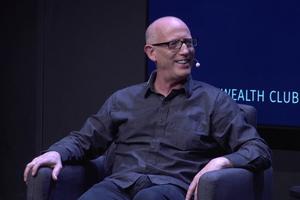