Join us for a memorable program exploring the struggles of African-American transgender women, who are the most frequent victims of anti-trans violence.

Toni Newman is the executive director of St. James Infirmary in San Francisco. St. James is a peer-based occupational health and safety clinic, offering free, compassionate and nonjudgmental health care and social services for former and current sex industry workers. With the many challenges facing the aforementioned—including but not limited to political climate, homelessness, violence and the overwhelming intricacies of the legal, public and social systems—St. James Infirmary offers an independent alternative, providing individuals with culturally competent and nonjudgmental services.

Monica Roberts is the founding editor of the award-winning TransGriot blog and is an award-winning human rights advocate. She is a sought-after collegiate and conference speaker who has been advocating for the human rights of transgender people for more than 20 years, with a focus on the issues affecting black trans people. Her writing has appeared at Ebony.com, The Advocate, Black Girl Dangerous and OutSmart magazine. Roberts has also received the 2018 GLAAD Media Award, the Robert Coles “Call of Service” award from Harvard University's Phillips Brooks House Association, the Virginia Prince Transgender Pioneer Award and the Barbara Jordan breaking barriers award from the Harris County Democratic Party. 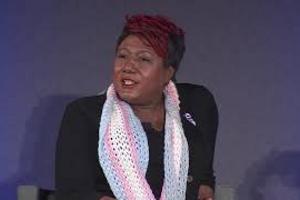