Rich Lowry, editor of National Review and author of The Case for Nationalism: How It Made Us Powerful, United, and Free, is a leading innovator in national conservative thought circles. A respected conservative commentator, Lowry joined National Review in 1992 and was hand selected by William F. Buckley Jr. to lead the magazine in 1998. He’s been a frequent guest on Fox News and is the best-selling author of Legacy: Paying the Price for the Clinton Years and Lincoln Unbound.

Join us as we welcome Rich Lowry for a discussion on nationalism and why it matters.

Rich Lowry
Editor, National Review; Author, The Case for Nationalism: How It Made Us Powerful, United, and Free; Twitter @richlowry

In Conversation with Melissa Caen
Journalist and Lawyer
Format 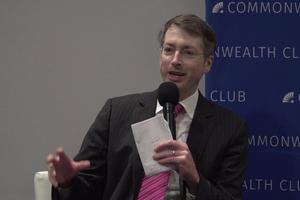