Josh Campbell: The War Against Intelligence

In Crossfire Hurricane: Inside Donald Trump’s War on the FBI, CNN analyst and former FBI agent Josh Campbell takes his readers behind the scenes of the FBI during the historic investigation into the Trump campaign’s ties to Russia. Campbell argues that President Trump’s unprecedented attacks on the FBI undermine the democratic integrity of the bureau and the men and women who work to uphold the law. Compelled to take action, Campbell provides a narrative that urges readers to discover the truth of what happened in 2016.

Campbell served as a career special agent and special assistant to former FBI Director James Comey for over a decade before resigning in February 2018. As a national security expert for CNN, he analyzed developments in Robert Mueller’s special counsel investigation between the 2016 Trump campaign and Russia. Campbell also regularly contributes to The Washington Post, USA Today and The New York Times. His Times piece, “Why I Am Leaving the F.B.I.,” went viral after publication in early 2018.

Come join us for a conversation with Josh Campbell, who will discuss the dangers of President Trump’s relentless attacks on the FBI and what it means for the future of national security. 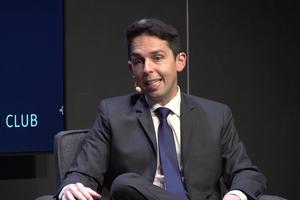 JOSH CAMPBELL: THE WAR AGAINST INTELLIGENCE