Daniel Handler, best-selling author known for his adult novels and children’s books under the pseudonym Lemony Snicket, returns with a new dark comedy about his hometown of San Francisco. As Handler knows, San Francisco is a one-of-a-kind place, but it's leaving its residents behind. The city is flooded with tech money and innovation, but skyrocketing rents, income inequality, homelessness and other issues in the city have never been more urgent.

Handler’s new novel, Bottle Grove, addresses love, greed and the precipice of change as two couples living in San Francisco deal with the effects of the tech boom looming over its citizens. Join us in welcoming Daniel Handler back to INFORUM and San Francisco this fall! 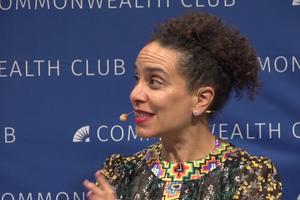