As national politics face a pivotal transformation in the buildup to the 2020 presidential election, a human rights crisis at the border and multiple environmental issues, how are political leaders responding to the nation’s most pressing issues?

Representative Ted Lieu from California is an outspoken leader of the Democratic Party and is on the front lines of tackling climate change, spearheading legislation on cybersecurity, and advocating for the rights of veterans, ethnic and racial minorities, and the LGBTQ+ community.

As a former active duty officer in the U.S. Air Force and a first-generation immigrant, Lieu has become a national spokesperson on national security and foreign affairs as well as contemporary civil rights. Join Lieu for an important conversation about democratic accountability and American privacy in the age of social media, Trump and political polarization. 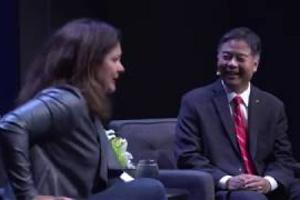