Joe Talbot is a fifth-generation San Franciscan who began developing The Last Black Man in San Francisco with his childhood friend and star Jimmie Fails after leaving high school early to pursue film. Talbot, a Sundance Institute fellow, wrote and directed the acclaimed short American Paradise, which was shown at Sundance and SXSW. His feature-length debut was The Last Black Man in San Francisco, a movie that captures the past and present of this fast-changing city through the tale of Jimmie and his best friend Mont, who set out to reclaim the house Jimmie grew up in.

And just added to our program: Star Jimmie Fails. Fails most recently starred in A24's The Last Black Man in San Francisco, which made its debut at the 2019 Sundance Film Festival. Joe Talbot, Fails' best friend and longtime collaborator, directed the film with Plan B producing. It is a fable-like story based on Fails' life and the gentrification of San Francisco. It is his feature-length acting debut. 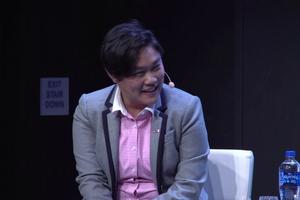