Lauren Morelli is a television writer, screenwriter and producer. She is executive producer and writer of a reboot of Armistead Maupin’s "Tales of the City" for Netflix, starring Laura Linney, Olympia Dukakis and Ellen Page, which was released June 7, 2019. Previously, Lauren had the honor of working on five seasons of "Orange Is the New Black," which received 17 Emmy nominations, six Golden Globe nominations and six Writers Guild nominations. In her spare time, Lauren also writes short stories and personal essays that you can find in various corners of the Internet. Before moving to Los Angeles in 2007, Lauren received a BFA in modern dance from Marymount Manhattan College.

Join us for this important program, and share your questions with us ahead of time by using #EqualityForAll. 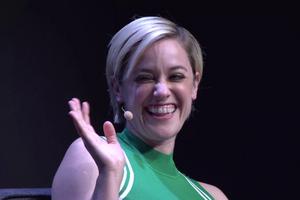