What does a country do when it realizes it cannot win an outright war against the United States? It turns to new subversive, clandestine types of modern warfare. This, argues CNN chief national security expert Jim Sciutto, is exactly what China and Russia have been successfully doing—winning a new kind of war that the United States has barely realized it is currently fighting.

Sciutto’s new book, The Shadow War: Inside Russia’s and China’s Secret Operations to Defeat America, is filled with a dizzying amount of on-the-ground reporting. From Ukraine to the South China Sea, from the belly of a submarine under the Arctic to the highest levels of America’s Space Command, Sciutto’s experience both as a reporter and as a diplomat give him unprecedented access and a uniquely informed perspective. His words of caution (and sometimes alarm) point to the areas in which Russia and China have successfully undermined America’s reputation and credibility. Join us for a conversation with someone reporting from the front lines of modern shadow warfare. 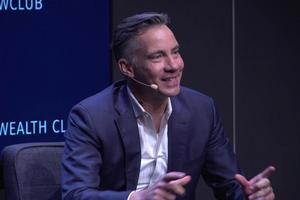