Located in the geopolitically important Caucasus region of Eastern Europe, Georgia serves as a vital U.S. ally and a gateway for American companies to access Eurasian markets. Georgia, the birthplace of wine, is bordered to the west by the Black Sea, to the north by Russia, and to the south by Turkey and Armenia. Georgia regained its independence from the Soviet Union in 1991, and for more than 25 years, its government has been a representative democracy.

Prime Minister Mamuka Bakhtadze will address U.S.–Georgia bilateral relations and further strengthening the strategic partnership between the two nations, as well as the role Georgia plays as a stable democratic stronghold in its region. He will also discuss Georgia’s championing of sustainable and inclusive economic development and provide a perspective on advancing America’s commercial interests in Eurasia and beyond. Under Bakhtadze’s leadership, Georgia seeks stronger economic ties with Silicon Valley and the United States.

Bakhtadze has been prime minister of Georgia since June 2018. He is committed to strengthening democracy and fostering a vibrant and sustainable economy. He has helped advance Georgia’s integration into the European Union and NATO, standing shoulder to shoulder with allies to strengthen global security. Domestically, Bakhtadze introduced a green economy agenda and lean government initiative that reduced the number of ministries and redirected budget expenditures to social programs. He has launched a comprehensive reform program to overhaul the country’s education system and pledged to allocate 6 percent of GDP to boost human capital development and empower sustainable economic growth.

Prior to becoming prime minister, Bakhtadze served as minister of finance of Georgia. In this role, he carried out a number of reforms to simplify banking regulations and the country’s tax system. From 2013 to 2017, Bakhtadze worked as a CEO of JSC Georgian Railway, earning a place for Georgian Railway as one of the leaders in the industry.

In association with World Affairs of Northern California 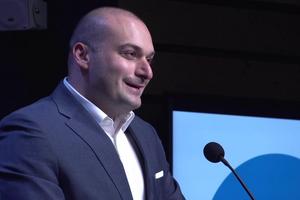