Speaker of the House Nancy Pelosi

When Nancy Pelosi first ran for political office at the age of 47, she wasn’t new to politics. From the time she spent helping her father while he served as the mayor of Baltimore, working for Jerry Brown’s presidential campaign or serving as the Democratic Party chair of California, she developed skills that would propel her to the peak of American politics. As the speaker of the U.S. House of Representatives, she is now the most powerful woman in the political history of the United States.

In the first 100 days of the 116th Congress, Speaker Pelosi and House Democrats have worked on their “for the people” agenda, passing legislation to clean up corruption and restore ethics to Washington, D.C., a bipartisan background checks bill, and what many Democrats call a landmark paycheck fairness bill. House Democrats are also pursuing a bipartisan infrastructure deal, looking at ways to expand and protect the right to vote, tackling climate change, and lowering health care costs and prescription drug prices for all Americans.

This progress comes as Democrats welcome the most diverse caucus in the history of Congress, including more than 100 women in the same Congress that America will mark 100 years since women won the right to vote. Speaker Pelosi says this diversity is a strength that enables Democrats to more fully represent the values and voices of the American people and deliver progress in their lives.

How will the Democratic Party try to recreate the success it saw in the 2018 midterm elections? As America heads toward the presidential election in 2020, join us for a conversation with the iconic face of the Democratic Party, and bring your questions. 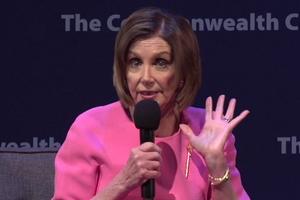 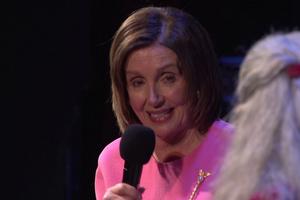 SPEAKER OF THE HOUSE NANCY PELOSI