Join us for an evening to recognize community leaders advocating for immigrant rights.

Immigration has become the central social issue of our time. A rise in anti-immigrant policies and rhetoric are creating instability for immigrants, including many here legally. Advocates argue that those most in need are being turned away at the border, detained, and their families separated with no clear path to follow. Yet for centuries, immigrants have come to America expecting a place of refuge, hope and opportunity.

Plus live music from three immigrant singers during the program:

Flash is a 23-year-old metal-rock artist who hails from Nepal. He was the lead guitarist of the local band named Beside The Coffin. He immigrated to America three years ago to escape religious and political persecution. Flash is a creative, multi-instrumentalist who plays lead guitar, bass, drums and piano. He writes and produces his own music and is currently finishing an EP to be released at the end of 2019.

He is one of the subjects of a documentary film currently in production with a working title “In a Flash,” which documents the lives of three music artists who use their music to escape, engage, and dream big while navigating the harsh realities of immigrant life in America.

Igor Chudak is 26 years old and originally hails from Russia. Igor moved to the United States when he was 21 years old to escape the Russian persecution against LGBTQ people. In 2014, he released his first mini-album entitled “Inception.” He is currently a member of the San Francisco Gay Man’s Chorus and is about to release his first American EP entitled “Out of Faith.” Igor has developed a drag queen alter ego named "Mila Knockabitch," the supposed sister of Melania Trump, and has a Youtube comedy series called “Russian Concussion.” He is part of the advisory council of the LGBT Asylum Project.

Tookta is a Thai Molam (folk, country) singer. She started singing at the tender age of 12 years old. Her sound and genre is specific to the Isaan region of Thailand. She has performed for an audience of more than 100,000 on Mother's Day for Thailand's queen. In addition to a successful career as a Molam singer, Tookta has also performed as a popular stand-up comedian. She immigrated to the United States 2 years ago and is now beginning a new chapter in her life and career. 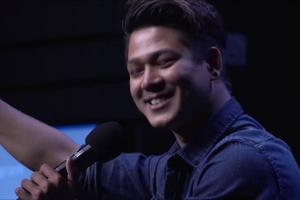