The stigma and discrimination surrounding mental illness is deeply rooted in American culture and society. Bring Change to Mind (BC2M) is a national nonprofit organization dedicated to encouraging dialogue about mental health and to raising awareness, understanding and empathy. Award-winning actor and advocate Glenn Close co-founded Bring Change to Mind in 2010 after her sister Jessie Close was diagnosed with bipolar disorder and her nephew Calen Pick was diagnosed with schizoaffective disorder.

Science and evidence-based programs are essential to achieving the work of BC2M. The organization’s seven public service announcements have provided stigma-reducing messaging to more than four billion individuals. By mobilizing deeply engaged change agents, especially youth, to collectively talk about mental health, BC2M is able to encourage healthy help seeking behavior, greater resilience and self-care techniques. It is transforming feelings of isolation and despair into feelings of community and hope. The organization’s peer-led high school clubs, operating in 16 states, are a great example of how youth can, and will, change the perspectives on mental illness in our lifetime. Join Glenn Close and other BC2M leaders for a conversation about the power of advocacy, science and youth leadership to reduce stigma and creative positive change in the world of mental health.

Part of our series on mental health, dedicated in memory of Nancy Friend Pritzker, with support from the John Pritzker Family Fund 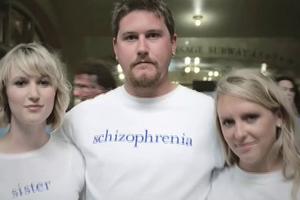