One of the most dramatic figure skaters on the planet, Adam Rippon won the hearts of America and the world at the 2018 Winter Olympics. With his refreshing candor and wit, he used his place on the global stage to speak out in support of LGBTQ rights and the freedom to be oneself.

After the Olympics, Rippon remained in the spotlight, becoming a role model and even an icon. He was named to Time's 100 Most Influential People list, Forbes' 30 Under 30, Out magazine's Power 50: The Most Influential Voices in LGBTQ America, has been recognized with the Human Rights Campaign's Visibility Award and Attitude magazine's 2018 Sports Hero Award and has been honored by the Matthew Shepard Foundation. And Rippon is not slowing down—his memoir Beautiful on the Outside is due out on September 24 and he is launching a YouTube channel this spring.

Now Rippon comes to The Commonwealth Club to discuss his life, his sport, and his causes. Join us for a special up-close look at an influential young voice being heard by millions.

Thanks to Alaska Airlines for providing speaker transportation 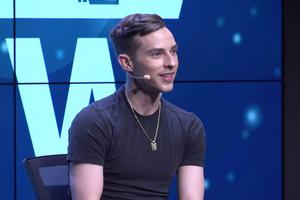