Who will claim the Iron Throne and why? On the eve of the premiere of the final season of “Game of Thrones,” Max Brooks and ML Cavanaugh’s new book brings together 30 expert strategists to answer that question and engage in questions surrounding the most popular television series of our time. As characters battle for power and control, there is magic and witchcraft, fiery dragons, frozen zombies, chaotic combat, swordplay and brutal intrigue, creating one of the most intense worldwide strategy plotlines in contemporary television. By applying the theories of our actual world to the examples in fictional Westeros (including Tyrion Lannister’s unlikely success, Daenerys Targaryen’s fire-strafing dragons and Jon Snow’s abilities as a leader), Brooks and Cavanaugh will discern the fascinating connections between George R. R. Martin's fantasy world and real war and politics. 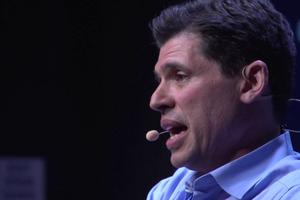