When we think of the people behind the most influential technological advances of our day, we usually imagine the leaders of the industry but forget the armies behind them: coders. Dedicated to the pursuit of higher efficiency, these lovers of logic and puzzles are able to withstand unbelievable amounts of frustration; they are arguably the most quietly influential people on the planet.

In his new book, Coders: The Making of a New Tribe and the Remaking of the World, Clive Thompson argues just that. Through increasingly pervasive artificial intelligence, coders have a larger and larger role to play. Thompson analyzes how embedded this industry is in our lives, questioning the lack of geographic and demographic diversity in the sector while outlining his optimistic view on the opportunities that this age of code can unlock. Join us for a conversation about this frequently misunderstood industry culture and a refreshingly enthusiastic take on its future.

Thompson is a freelance journalist and one of the most prominent technology writers. He is a longtime contributor to The New York Times Magazine and a columnist for Wired.

Columnist, Wired; Author, Coders: The Making of a New Tribe and the Remaking of the World; Twitter @pomeranian99

In Conversation with Saron Yitbarek 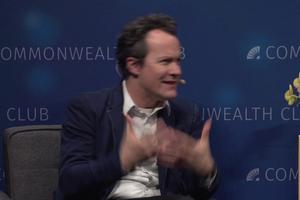